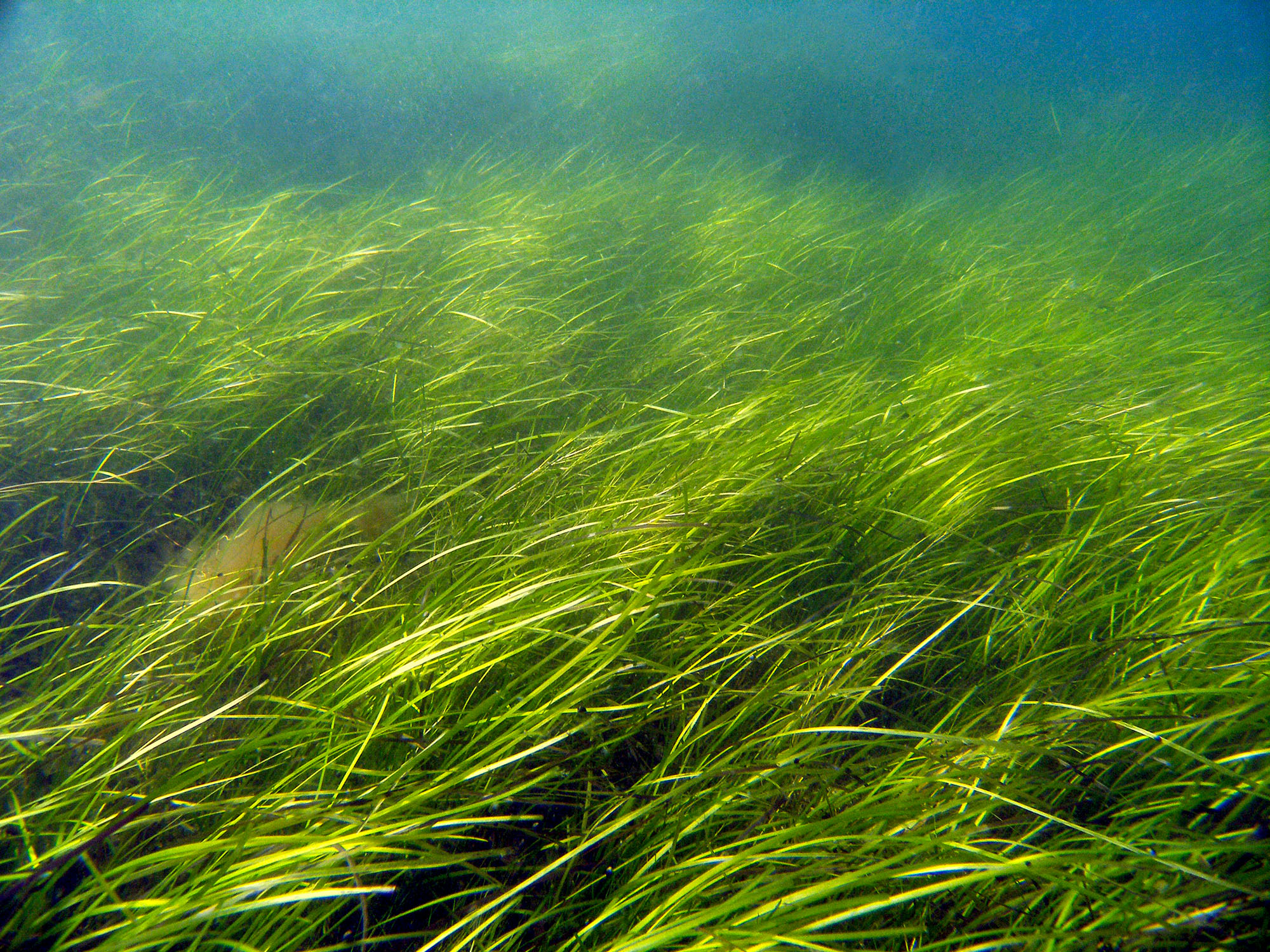 The Ice Age may still shape whether sea grasses and species that depend on them can survive in future, according to a new study.

Scientists looked at eelgrass or seagrass communities on the North Atlantic and Pacific coasts of North America.

They found their ancient genes are more important than today’s environment in determining their size, structure and who lives in them.

The findings were published in the journal Proceedings of the National Academy of Sciences.

Called zoestra marina in Latin, eelgrass is found on most coasts and is often referred to simply as seagrass.

The discovery could have implications for how well eelgrasses respond to threats such as climate change.

In most places where it grows, eelgrass is the dominant or only seagrass species present.

That makes its survival critical to the people and animals that live there.

Lower genetic diversity in some places could make it hard for some creatures to adapt to sudden changes.

The team do not believe the grass will become extinct but it could die off in some places, leaving animals that depend on it vulnerable.

The grass grows on the coasts of Europe, North America, East Asia, and Oceania but its broad geographical range could narrow as the world warms.

Ecologists have already seen eelgrass disappearing from some regions as the waters heat up.

In Portugal, it has begun pulling back and moving further north into cooler waters.

The team, led by American academics, focused on eelgrass in North America for their research.

Around half a million years ago when the world was warmer, some eelgrass plants made the difficult journey from their homes in the Pacific to the Atlantic.

Not all the plants were hardy enough to make the journey across the Arctic.

For those that succeeded, a series of ice ages during the Pleistocene Epoch thousands of years ago further affected how far they could spread.

Those millennia-old struggles left lasting signs in their DNA.

Even today, eelgrass populations in the Atlantic are far less genetically diverse than those in the Pacific.

Despite this, scientists were still stunned to find these genes sometimes do more to shape modern eelgrass communities than the current environment.

For the study, the team studied eelgrass communities at 50 sites in the Atlantic and Pacific. They ended up with data from 1,000 eelgrass plots.

First, they collected data about size, shape and total weight of the grass and the different animals and algae living on and around it.

Then they collected data about the genes of all the eelgrass populations.

They also measured environmental variables at each site including temperature, the water’s saltiness and nutrient availability.

Models showed the genes of Atlantic and Pacific eelgrass were very different, suggesting they had diverged during the migration and subsequent ice ages.

Pacific eelgrasses often grew in “forests” that were sometimes six feet tall while the Atlantic was home to more “meadows” that rarely came close to that height.

Genetic differences between them also aligned with their total weight.

In the Atlantic, genes and the present-day environment played equally strong roles shaping their weight but in the Pacific, genetics had the upper hand.

The same thing was found in small bugs that live on the grass.

The findings have left some scientists concerned that the grass cannot adapt to a rapidly warming environment.

Pollution from cities and factories can damage it but the team say eelgrass is hardy and will be able to survive in most environments.

The authors say maintaining or enhancing genetic diversity could be the best way to give populations of seagrass the tools needed to survive in an uncertain future.

Study lead author Emmett Duffy, of the Smithsonian Environmental Research Center in the U.S., said: “We already knew that there was a big genetic separation between the oceans, but I don’t think any of us ever dreamed that that would be more important than environmental conditions.

“That was a big surprise to everybody.

“The ancient legacy of this Pleistocene migration and bottleneck of eelgrass into the Atlantic has had consequences for the structure of the ecosystem 10,000 years later. Probably more than 10,000.”

Study co-author Jeanine Olsen from the University of Groningen in the Netherlands added: “I don’t think that we’re going to lose eelgrass in the sense of extinction.

“It’s not going to be like that. It’s got lots of tricks up its sleeve.

“Climate warming—by itself—is probably not the primary threat for eelgrass.

“I’m hopeful because our results illustrate long-term resiliency to repeated, major changes in thermal tolerances and the wide range of eelgrass habitats over about half the Northern Hemisphere.

“With the genomic resources now available for eelgrass, we are beginning to analyze functional changes in genes and their regulation in real-time. It’s very exciting.”

Produced in association with SWNS.

Recommended from our partners

The post The Ice Age May Shape ‘Whether Sea Grasses And Species That Depend On Them Can Survive In Future’ appeared first on Zenger News.